The BBC is resisting an attempt by Buckingham Palace to neutralize a documentary on a press briefing war between Princes William and Harry. It’s titled “The Princes and the Press” and is due to be featured by Amol Rajan on BBC2 tonight. The Queen, Prince Charles and Prince William jointly threaten to boycott the television organization if it does not comply with their wishes.

One of the known anti-Harry briefings emanating from Buckingham Palace lately was a smear that questioned the sanity of the former. ITV attempted to reveal this to the public last July, but was forced to give in at the last moment on a show called “Harry and William: What Went Wrong”.

The BBC has a lamentable history of obsequiousness towards the Palace. The easy ride offered to Prince Andrew during the Jeffrey Epstein scandal is a case in point. The Company managed to distort an exclusive interview with The Royal as a triumph for hard-hitting journalism when it was not. It was not only the failure of the investigation, Prince Andrew was not asked any questions about his relationship with pedophile Lord Greville Janner. See: The Prince, the Poor and the Pedophile Peer: The Dangerous Questions the BBC Did Not Ask.

The threat to boycott a television station is a proven technique deployed by the Royals. Palace officials have successfully used it to prevent ABC TV in the United States from exposing Prince Andrew’s links to the Jeffrey Epstein rape and child trafficking scandal. The American television station gave in and Epstein and his pedophile ring pursued the children without hindrance for a few more years. Details about it can be read here: Judging a (future) king by his courtiers: Prince William and the Duchess of Cambridge, pawns in the cover-up of a transatlantic pedophile ring.

Meanwhile, the palace continues to fight author Andrew Lownie’s campaign to publish Lord Louis Mountbatten’s diaries and papers. These documents may contain clues to the mistreatment of the boys at Kincora Boys’ Home in Belfast. More details on Mountbatten’s heinous sexual abuse of boys as young as 8 can be found at: UPDATE SECOND: A boy from Kincora who was assaulted by Mountbatten committed suicide months later. 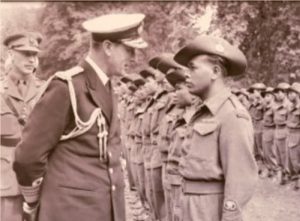 See also: Mountbatten, the Royal who abused boys aged 8 to 12.

If the BBC’s servers finally stand up to the Palace, it will be a first. The BBC’s record in making a mess of issues like these is depressing. See also: Carl Beech and the ‘useful idiots’ at the BBC. The BBC’s incompetence has now made it a pawn in the cover-up of VIP sexual abuse. The darker forces of MI5 and MI6 are the true beneficiaries of its inepitude.

Our rights to change, where to draw ...