However, at the moment when the two deputies – Committee on Foreign Affairs and Defense President Ram Ben-Barak of the Yesh Atid party and David Amsalem of Likud – made their remarks, allegedly to have censored information about the crash, some real, some fake, had long been circulating on various Telegram channels, WhatsApp groups and Twitter.

At around 9 p.m., an Israeli Air Force AS565 Panther helicopter crashed off the coast of Haifa, close enough to shore that the burning wreckage could easily be seen by onlookers. Search teams were immediately called in to locate the three crew members – two pilots and a naval officer – who were on board the plane. Immediately after the crash, censorship told reporters and editors that no information about the incident could be released – except that a helicopter crash was reported and rescuers were there – and especially not that it was a military plane.

Shortly after, the military informed reporters that at least one person had been taken from the sea with minor injuries, but that rescue efforts were continuing for the other two. Yet around this time, false rumors began to circulate on social media that the three had been recovered. None of these reports were cleared for publication by censorship, which continued to ban information about the crash beyond what had happened; yet they were published anyway, mostly without attribution, by a number of major media outlets.

Ben-Barak announced from the plenary podium around this time that “As far as I know, all people have been rescued from the helicopter and are on their way to the hospital, and it looks like the incident has happened. finished without death. . “

By registering, you accept the conditions

When told not to discuss the matter, he refused calls to stop. “Why not? It’s in the news,” he said.

Ram Ben-Barak leads a meeting of the Defense and Foreign Affairs Committee at the Knesset in Jerusalem, July 5, 2021 (Yonatan Sindel / Flash90)

In addition to violating the censorship order, Ben-Barak was misinformed.

It would take longer before the other two helicopter passengers were removed from the water and pronounced dead after resuscitation efforts failed. 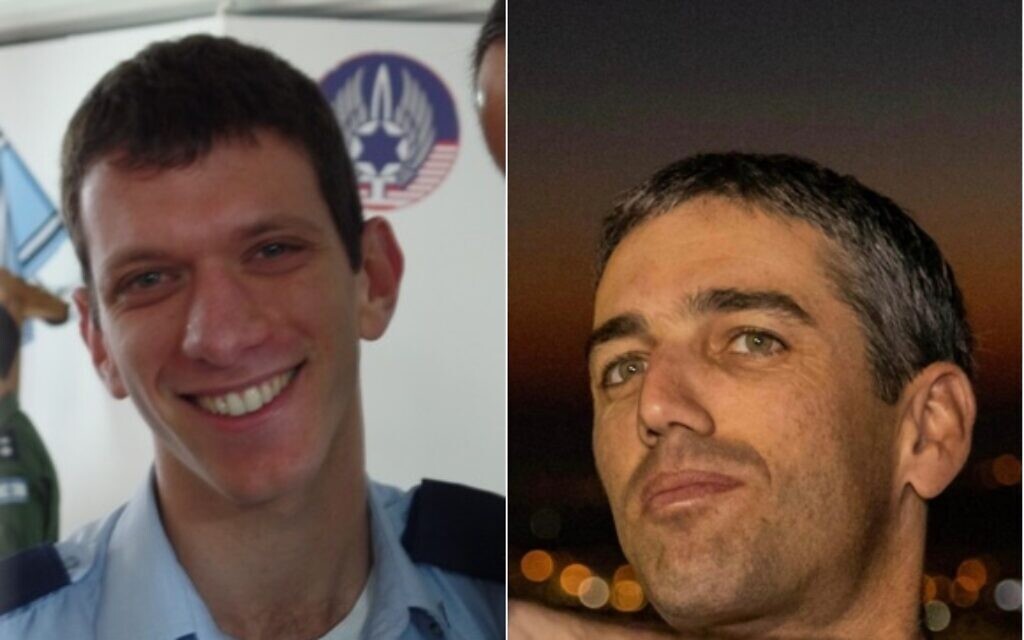 Ben-Barak apologized on Tuesday for his comments, saying it was an honest mistake and wishing condolences to the families of the deceased pilots and a speedy recovery to the injured naval officer.

An hour and a half later, at midnight, Ben-Barak was joined in his violation of censorship by Amsalem of Likud, who announced from the podium that “he saw a report that two IDF soldiers perished.” in the accident. It was an hour before the military censor cleared the publication that the two had died.

Amsalem also apologized, saying the comments were made “in error and innocently” and calling them “an unfortunate mistake”.

The violations by Ben-Barak and Amsalem were understandable, however. By the time they made their remarks, the information was widely available to anyone with access to the Internet and willing to seek it.

IDF spokesman Ran Kochav denounced those who released the information before it was allowed to be released, although he did not specifically mention the MPs.

“The publication of these statements before the families of the victims are officially notified, despite explicit requests not to release the details, represents a flagrant violation of a protocol respected for decades, which is based on concern for the families victims in their most difficult hour, ”Kochav said in a statement. 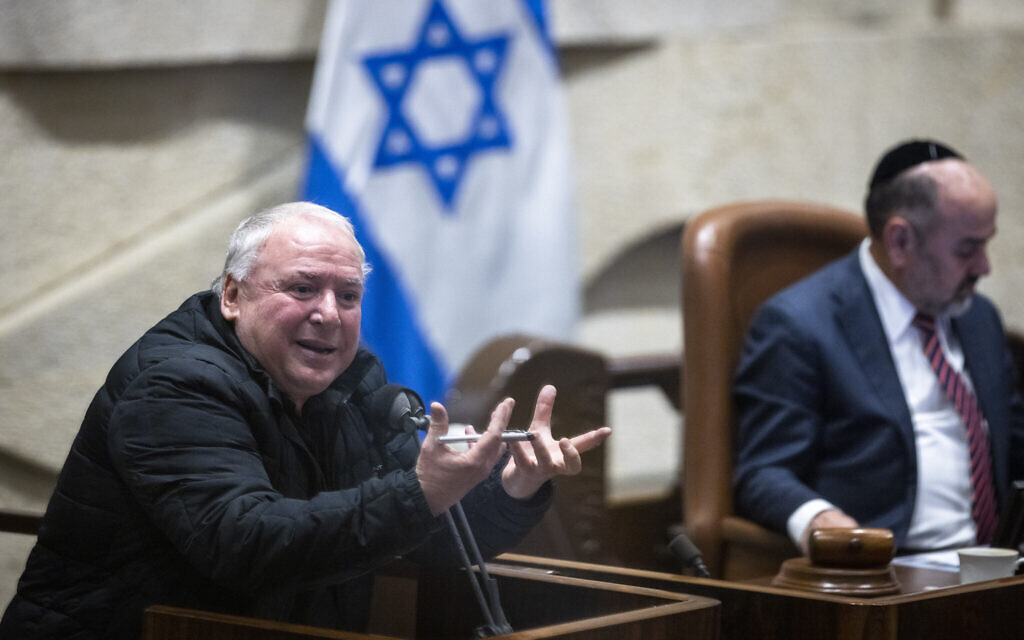 Military censorship is one of Israel’s oldest institutions, technically formed before the establishment of the State of Israel, and it is increasingly accused of being anachronistic and ineffective. Monday night’s events brought those criticisms to the fore again.

The past few months have not been particularly kind to the military censor. In October, a trip by Defense Minister Benny Gantz to Singapore that was due to be censored was still published by Israeli media, after Gantz’s office initially told the media they could reveal the trip when he returned. , but then changed course and demanded that it be kept a secret. at the request of Singaporeans. That month, the participation of the Royal Jordanian Air Force in an IDF air drill, which was also intended to be secret, was accidentally revealed by a German military photographer on Instagram.

The censor, whose powers have grown and diminished over the years, is technically authorized to ban only the publication of information that could directly harm national security, but he has also struck a deal with the editors of major organs. information also allowing it to block reports on the deaths. in the military until the member’s family can be notified.

The Israel Defense Forces has a unit specifically tasked with informing and maintaining contact with the families of fallen soldiers, the so-called IDF Casualty Department. As these efforts are carried out in person, the process can take several hours or even a day if a family member cannot be easily reached, during which time the fact that a soldier has been killed cannot be released. The aim is to ensure that the families of fallen soldiers learn about what happened from the authorities with the training in bereavement, not the media. 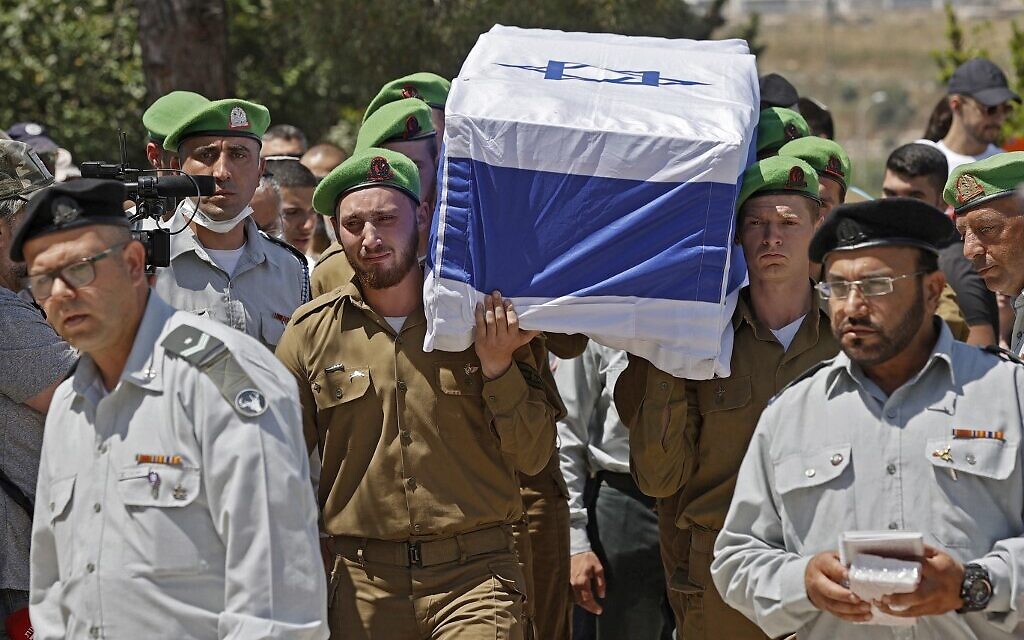 illustrative. Mourners attend the funeral of Israeli soldier Omer Tabib, 21, in Elyakim, northern Israel, on May 13, 2021. Tabib was killed when Palestinian terrorists in Gaza fired an anti-tank missile near the border . (JACK GUEZ / AFP)

Before the widespread use of social media, keeping such a secret was possible, but today it is almost impossible, especially in the case of Monday night’s helicopter crash, which was clearly visible from shore, as did the search and rescue efforts that followed. . Anyone standing near the coast or waiting outside Haifa’s Rambam Medical Center would see – or not, in this case – victims brought back from the scene and could then share videos of that with the general public.

“An event unfolding in front of a crowd in the age of social media – even if the IDF spokesperson makes an effort, it won’t help,” said former military censor Brig. General Rachel Dolev, on Kan radio on Tuesday.

This should come as no surprise to the military, who have used this fact to their advantage in the past. In September 2019, following a failed Hezbollah missile attack, the IDF attempted to deceive the Lebanese terrorist group into believing it had in fact injured soldiers – in a complicated effort to get Hezbollah to refrain from firing more – by sending a helicopter with a soldier. covered in fake blood and bandages at Rambam Medical Center. As expected, the evacuation simulation was photographed and widely shared on social media.

Despite Monday night’s helicopter crash in public, the former head of the IDF Accident Department denounced the media for reporting on the case.

“The race against social media is not fair. Today, each citizen is essentially a reporter with his smartphone. But this is the first time that professional figures, with whom the IDF has a long-standing understanding, have also failed, ”Colonel (res.) Jocelyn Bash told military radio.

While the military’s goal of ensuring that families of fallen soldiers learn of the deaths of loved ones with compassion may be admirable, the problem with censoring information in a case like the helicopter crash Monday is that it demands an unrealistic suspension of information by the public. .

About three hours after a helicopter crashed into the frigid January waters of the Mediterranean Sea – when Amsalem made his remarks – the chances that the other two crew members were still alive would be extremely slim, if not nonexistent. , which any reasonable person would know.

“What cannot be hidden must not be hidden,” Dolev said. “The IDF needs to think about how it educates people because we need to educate people and make sure the facts are correct or its credibility will be damaged in one way or another. “